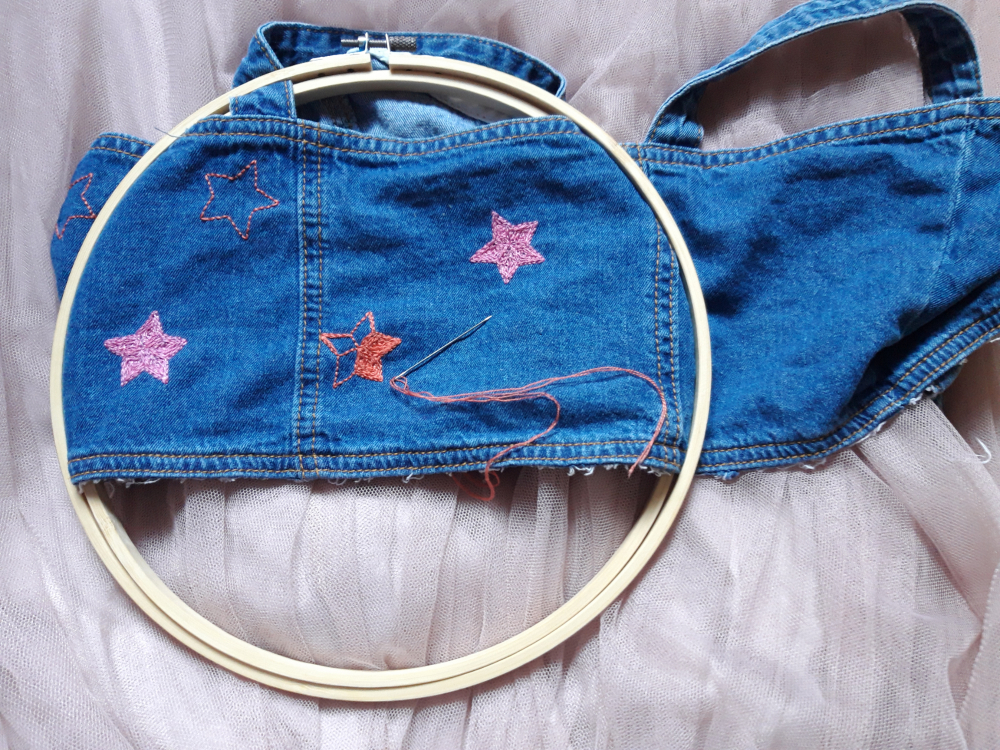 Continuing the theme of customising, reworking, and embellishing existing clothes, I’d like to share an embroidery project I’ve been working on for the past few weeks. I started it because I had a little denim top that I liked, but found a bit boring. Funnily enough, the top was already the result of a previous customisation project – albeit a very crude one. Originally, the top had been part of a denim pinafore dress. I accidentally ruined the skirt of the dress by sitting on a black pen (classic), but liked the shape of the bodice, so I just cut it off and wore it as a crop top from then on. But as I said, it wasn’t a very exciting one and I thought I could do better.

If you ever want to make an item of clothing more visually interesting, as well as protect against wear, I highly recommend embroidery – especially on thicker fabrics that will retain their shape with the addition of dense stitching. You can bring colour, texture, pattern, and strength to a garment this way – what’s not to like? I did ponder for a while as I considered the top, wondering what kind of pattern to go for. In the end, I went for stars, as I’ve been watching a lot of astronomy documentaries recently and now I’m obsessed with space. 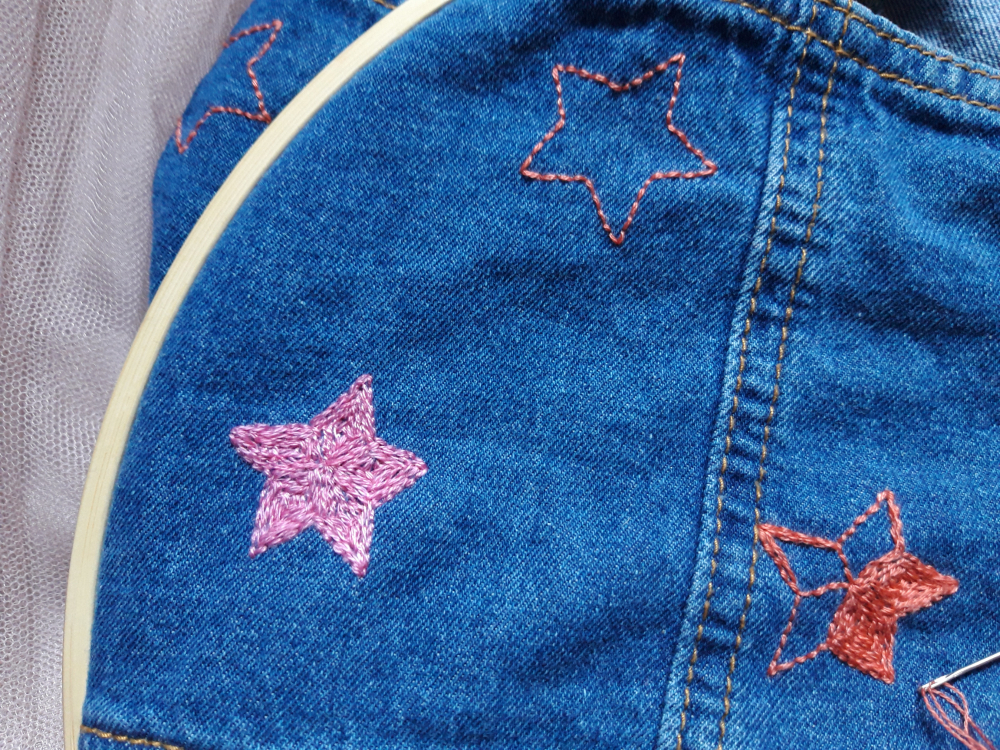 It turns out, drawing neat stars is a lot harder than it looks. I practised a few times on paper and then realised that there was no way I was going to be able to draw consistently good stars over and over again on the fabric, so I made a little template out of an old cereal packet. Thrifting never stops! Then, I traced around my star template all over the wrong side of the top (the part that you can’t see when it is worn). I didn’t really have a plan for the colours – I just went with my gut feeling as I began embroidering. As you can see, my gut feeling was overwhelmingly pink.

So, I’m about half-done so far, and I’m very pleased with how it is turning out. My plan is to remove the buttons on the front of the top and replace them with ribbon ties. I also bought a (second-hand) pink tulle skirt, which I’m planning to wear with the top, which I think will make me look excellent

If you have a craft project you’re working on at the moment, why not tell us about it in the comments?

Enjoy the weekend everyone!